In the last blogpost we informed about our great meeting with the first mayor of Mannheim- an event the media did not want to miss. Today a TV report about this event and the Open Data Day was broadcasted on the Rhein-Neckar Fernsehen. A great way to make more people aware about the possibilities Open Data is opening up and the Open Data initiatives in our region. See the full report here: http://www.rnf.de/mediathek/video/mannheim-setzt-auf-open-data/

Last friday we were invited to a very special event at Mannheim townhall- to get honored for our support of the OpenDataDay in Mannheim. The first mayor of Mannheim was very impressed by the engagement and the different project ideas that were introduced and developed during the Barcamp and Hacktogether- engagement and ideas that he wanted to learn about, honor and would also like to support further. Therefore the different projects that took part in the OpenDataDay were invited to present their initiatives at the townhall in Mannheim. Here representatives of the Cap4Access Project, of Dude where is my train? and the Wikiwars project as well as we described the motivation, the ideas behind the initiatives as well as methods used in the projects. Furthermore possible future projects ideas were introduced and discussed. 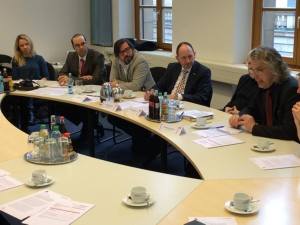 This event was a great way to make the most important actors in our region aware of the advantages Open Data brings to the public and moreover to teach about the possibilities disaster mapping provides. Apart from this, we could also learn about the official point of view and ways to cooperate. This event is concidered to be the launch for a series of events and meetings to improve the communication and information sharing between the various open data enthusiasts and the official stakeholders in our region- we are very looking forward! The projects were furthermore honored with 200 Euro. The next mapping event is secured 🙂 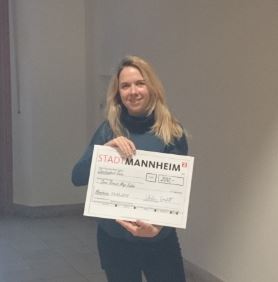 Remember the Open Data Day 2015 in Mannheim? An international event to gather Open Data enthusiasts that was brought to Mannheim by the Open Data Initiative Rhein-Neckar! For two days developers, designers and young entrepreneurs of the region discussed, shared and developed ideas and projects all around Open Data further. To refresh the memory and to let all people learn more about the motivation and idea behind this day, Gallion Film produced a movie about this great weekend: the Open Data Day Movie! Check it out now!!